Our guest is Mikey Erg, aka Mike Yannich, former lead singer and drummer for The Ergs! and one of the busiest touring musicians in America. Mikey's debut solo album "Tentative Decisions" will be released in June on Don Giovanni Records.

On this podcast, Jim Testa talks to Mike about writing and recording the new album, his Ergs! legacy, touring, and lots more. 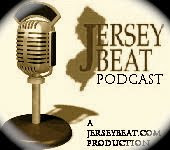